I went to see the University of Michigan School of Music, Theater and Dance production of All’s Well that Ends Well at the Arthur Miller Theatre in Ann Arbor last night. Student productions sell well, and I didn’t buy a ticket in advance, so I was relieved to score an $18 ticket at the on-site ticket office when I arrived 45-minutes early. An usher told me that the Friday night performance had sold out and the Sunday matinee was also sold out.
The 280 seat Arthur Miller Theatre in the Walgreen Drama Center on U of M’s north campus was designed by Kuwabara Payne McKenna and Blumberg Associates of Toronto and opened in 2006. This was my first opportunity to visit the theater and I was as excited about seeing the space as I was about the performance. I wasn’t disappointed. The Arthur Miller is a brilliant setting, perfect for the dramatic gems produced there. A large thrust stage with no proscenium and minimal wings commands the theatrical space with tiers of seats on three sides and wide entrance aisles for the actors. A modest mezzanine surrounds the stage at a slight elevation. The space is black box, with no frivolities unless one considers high-tech lighting and luscious proportions to be frivolous.
I was grateful to the well-trained students for their effort to bring this strange play to life. Dressed in authentic mid-century modern togs, on a bare stage, armed with clean diction and enthusiasm, they performed as adroitly as many professionals. But this is one weird play. Short scenes whizzed characters on and off stage in bewildering plenitude – the action went on so long that I thought the actors forgot to take an intermission, but director Malcolm Tulip just must have had a hard time knowing where to pause.
And the miserable brute of a hero, Bertram, hardly spoke a word the whole time. His mother defined him. So he sucked. And since we are given no knowledge of why Helena finds him so ineluctably delicious she seemed unworthy, too. The only interesting person in the play is Parolles, but perhaps that was because he was played with such dumbfounded gusto by New York City sophomore Han Park.
I’d been told that All’s Well is not performed very often because of its dramatic difficulties. I’d also been told that All's Well is the most earlishly Oxfordian of the plays, and that is surely true.
For one thing – the play is so full of those awful, insinuating, interminable, jokey sections that I’m sure I wouldn’t find amusing even if I got all the inside, scatological, and sexual innuendo. Really, all those puns about sex organs are so puerile. I doubt that the hick from Stratford would have had the guts to put all that crap in the mouths of aristocrats, nor would he have known where to stick the knives. I admit it’s a debatable point – but it just doesn’t ring true.
Then you have the facts that bloody Bertram, like Oxford, is:
It’s crazy! In fact, it’s so Oxfordian that it makes me doubt Oxford is the author. I mean, what guy has the insight to lambaste himself like that in public? Sometimes I think Oxford’s first wife, Anne Cecil, is Shakespeare. Now there’s a girl who has a bitch with Bertram!

Note: I object, on principal, to the affected use of English/Canadian style spelling of the word theater. I thought I was the only one who found it annoying until I ran into an Angelino in Santa Fe who vowed to boycott any US venue using the term theatre. I don't think he gets out much any more.
Posted by Linda Theil at 11:13 AM No comments:

CSC Othello during March & Shakespeare summer camp in Cinti -- for grown-ups, too!

SHAKESPEARE SUMMER CAMP
Camp registration is now open and spaces are limited - register early to guarantee your spot.
Camp tuition starts at $250.
To download registration forms, click here.
Adults, why should students have all the fun?  Try Bard Academy, CSC’s classes for adults of all ages.
This spring choose from Shakespearean Acting, taught by Christopher Guthrie, and The Actor’s Toolbox, team-taught by multiple members of the CSC Resident Ensemble.  For more information and to download a registration form, click here.
*** 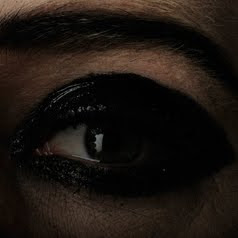 Three of the 24 Shakespeare sonnets that Rufus Wainwright scored for Robert Wilson's 2009 production of Sonnette are featured in Wainwright's new Decca CD All Days are Nights: Songs for Lulu to be released in the US April 20, 2010. (The album will be released on March 23 in Canada.) Recordings of "Sonnet 43" (When most I wink . . .) from which the album title is taken, "Sonnet 20" (A woman's face . . .), and "Sonnet 10" (For shame deny . . .) are included. (A live version of the title cut is on YouTube.


The Stagecrafters at the Baldwin Theatre in Royal Oak will be performing the Reduced Shakespeare Company's Complete Works of William Shakespeare(Abridged) February 19-21 and 25-28.

Please see the link below for more information:

The troupe tries to perform all 37 plays and 154 sonnets in less than 2 hours!

Posted by Prashant Andrade at 11:36 AM No comments:

Dear Oberon,
It's meeting time again!
Here is what we will find out this coming Wednesday at the Farmington Library, Room A, meeting from 6:45 to 8:45, doors open 6:30:
Would you recognize Shakespeare if suddenly you were face to face with him and he wrote you a poem? This is not just a Valentine's Day question. What is there about Shakespeare's writing that we recognize as being Shakespeare and Shakespeare alone and no one else?
We will be getting at the heart of what makes Shakespeare Shakespeare this Wednesday among other challenges we will be pursuing this coming year.
Notice that the meeting is starting earlier. That is so that we can adjourn by 8:45 according to the library's wishes. The Farmington Library has been a wonderful host, and we do want to comply with their request.
Your faithful chair,
Tom Hunter
Posted by Linda Theil at 4:16 PM No comments:

University of Michigan School of Music, Theater and Dance, Dept of Musical Theater Studio Production will present William Shakespeare's All's Well That Ends Well February 18-21, 2010. Malcolm Tulip directs U-M theater students in Shakespeare’s dark comedy about a lowly woman who must perform a string of impossible tasks to gain the hand of a haughty count.
Performances will be held at 7:30 p.m. Thurs. February 18, 8 p.m. Friday and Saturday February 19 and 20; 2 p.m. Sunday February 21 at the Walgreen Drama Center, Arthur Miller Theater,  1226 Murfin,  Ann Arbor, MI  48109-1212. Tickets are $18 & $24 (students, $9) at the Michigan League Box Office in advance and at the door. To charge by phone, call 734 764-0450.
Posted by Linda Theil at 7:47 AM No comments: