The one, the only, the very first Oberon selfie 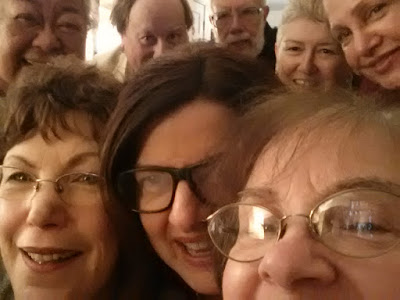 Oberon's gathered yesterday for our annual holiday celebration hosted by Rosey Hunter at her home in Bloomfield Hills, Michigan. Rosey provided a sumptuous spread and Oberons provided good cheer. Rosey phoned Tom and Joy Townsend -- Oberons now residing in Seattle -- to share the festivities. Pam Verilone promised Tom and Joy a photo -- leading to antics that resulted in the very first- ever Oberon selfie, and putting the lie to scurrilous rumors that anti-Strats in any number are incapable of agreeing on anything. 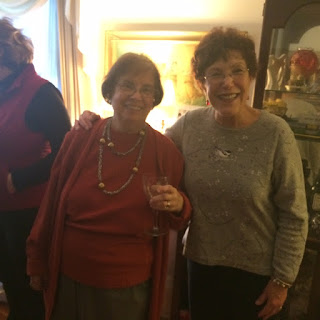 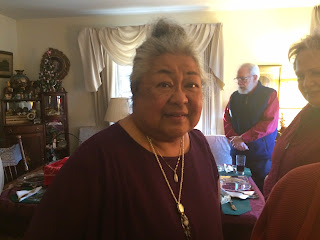