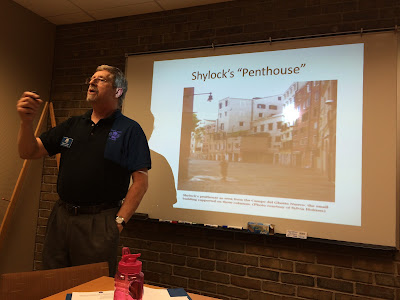 Walter and Maria Hurst of Louisburg, NC joined the Oberons for lunch at Beau's yesterday, on their way to the American Association of Community Theatre AACT Fest 2015 in Grand Rapids, MI, where Hurst was scheduled to speak today. After lunch, Hurst gave us a fascinating preview of his topic of "Surprise! Shakespeare Got Italy Right” at a special Oberon meeting at the Bloomfield Twp. Public Library.

Hurst holds a master of arts degree in Shakespeare authorship studies from Brunel University, London, England. He is director of drama and theatre studies at Louisburg College, director of the Louisburg College Norris Theatre, and member of the American Association of Community Theatre. Hurst gave his AACT Fest 2015 audience of actors, directors, producers, playwrights, and dramaturges a new tool for their Shakespearean workboxs -- a reality-based Shakespeare revealed in the work of Ernesto Grillo, Richard Paul Roe, Noemi Negri, and other experts on the topic of Shakespeare and Italy.

Perhaps some of you will write, direct, play better when you know there’s a secret Italy hidden in the plays of William Shakespeare. It is exact; it is detailed; and it is brilliant. It is important for us to know that world is real and to make that reality a part of our acting and directing decisions. 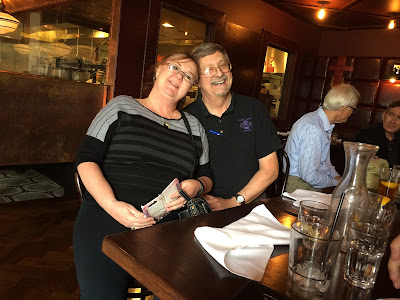 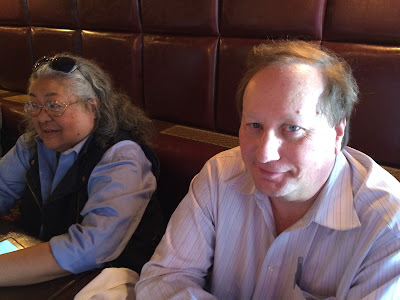 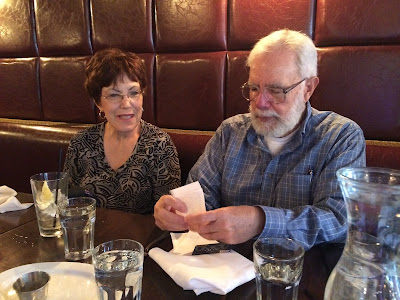 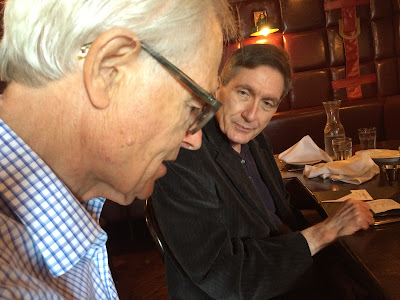 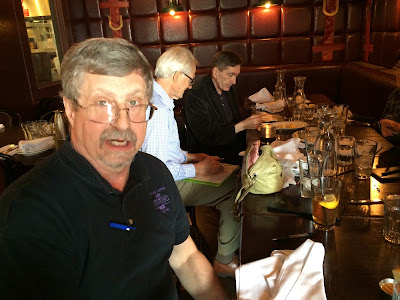 Thank you, Wally! Come back soon to Michigan!

Mark your calendar!
Hurst is scheduled to speak at the Shakespeare Oxford Fellowship conference at Ashland OR on the topic "Pericles, Prince of Tyre: Its Authorship, The Question of Collaboration, and its Place in the Shakespearean Canon" on September 27, 2015. For more information about the conference see: "Mark Anderson will keynote Ashland conference" on the SOF website.

Note: A bibliography of Walter Hurst's Shakespeare and Italy presentation is available here. For more information about his presentation, contact Walter Hurst at <mailto:whurst@louisburg.edu> 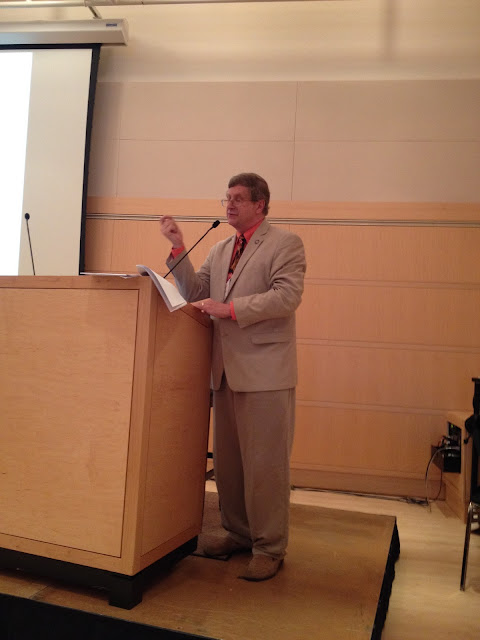 Walter Hurst is shown speaking on the topic "Sabbioneta, Italy – An Intersection of Shakespeare, A Midsummer Night’s Dream, and Edward de Vere?" at the October, 2014 Shakespeare Oxford Fellowship authorship conference
in Madison, Wisconsin where Hurst was elected to the SOF board of trustees. Photo credit Linda Theil

Hurst holds a master of arts degree in Shakespeare authorship studies from Brunel University, London, England. He is director of drama and theatre studies at Louisburg College, director of the Louisburg College Norris Theatre, and a member of the American Association of Community Theatre — an organization that is holding its national festival this week in Grand Rapids, MI. On June 27, Hurst is scheduled to deliver a paper at AACTFest 2015 titled, "Surprise! Shakespeare Got Italy Right”

Since Wally will be passing near the Detroit area on his way to Grand Rapids, we have invited him to come to meet with Oberon and give us the presentation he will be later making in Grand Rapids. He has given great presentations in the past at SOF conferences and has also published in our newsletters. Don't miss this opportunity to meet Wally — whom I am proposing as an honorary member of Oberon.

To experience Hurst’s enlightened and engaging persona on YouTube, readers may view his speech titled “What’s your authority for that statement?” presented at the SOS/SF Shakespeare authorship conference in Toronto, Canada. Also, see an Oberon report on Hurst’s 2013 presentation at “What’s your authority for that statement?”, an Oct. 26, 2013 entry on the Oberon weblog. View the abstract for Hurst's 2014 " . . . Sabbionetta" paper on the SOF website.

The 2014 Oberon yearbook is available as a free iBook from Blurb at
http://store.blurb.com/ebooks/534641-oberon-shakespeare-study-group-yearbook-2014.

The yearbook may also be ordered in hardcover or softcover.

To preview the entire book, click on the image above.