Oberons got the right (double) stuff! 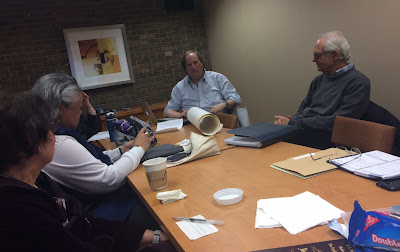 Oberons plan to attend Shapiro lecture in Stratford, Ontario
June 18, 2016
Several members have purchased tickets and plan to attend James Shapiro's lecture on "The Scottish Play" at 10:30 a.m. June 18, 2016 in the Studio Theatre, Stratford Ontario. The lecture is part of the Stratford Festival Forum series of lectures. Tickets are $20 Canadian.

Park at Mill Street ramp or lot, open to public on weekends. A campus map and directions are available on the University of Michigan - Flint website.

We viewed a hard copy of the Oberon Shakespeare Study Group Yearbook 2015 , available free in ebook format from Blurb. Print-on-demand hard copies may be ordered from Blurb. A PDF version is also available for $4.99.