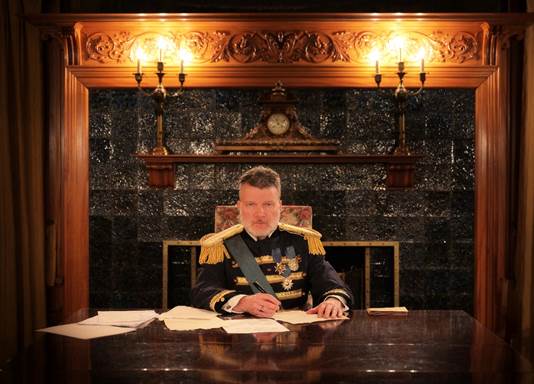 Frank Lawler at work in his Seattle office on the English translation of Sous  le Masque de "William Shakespeare", William Stanley Vie Comte de Derby (1918) by Abel Lefranc. Just kidding! This photo is Frank Lawler in his role as Nicholas II in Last Days of the Tsars at Stimson-Green Mansion in Seattle through March 25, 2020. Photo credit: Joe Iano

In 1918, a fascinating, yet under-appreciated and rarely mentioned work on the Shakespeare authorship question was published in Paris. Sous le Masque de “William Shakespeare”, William Stanley Vie Comte de Derby (1918) was written by Abel Lefranc, Professor at the Collège de France.
Professor Lefranc waded into the authorship debate at a time when the only alternative candidates were, essentially, Francis Bacon and Roger Manners. Yet adherents to these theories were already being venomously dismissed by the Stratfordian establishment:
"The Baconian case constantly tends to new exorbitances of nonsense."
– John Mackinnon Robertson, 1913
"[Anti-Stratfordian] writers have for the most part been lawyers who lack the required literary training to give their work on the subject any genuine authority."
– Sidney Lee, 1916
Apparently, orthodox attitudes have not changed much in 100 years. Stratfordians still dismiss authorship skeptics variously as quacks, elitists, or most commonly, amateurs who have no academic standing to make them worthy of attention.
Professor Lefranc was, however, an academic with impeccable credentials. Lefranc was a titan of European literary studies from the end of the nineteenth through the first half of the twentieth centuries, and he was firmly convinced that William Shaxper did not write -- indeed, could not have written -- the Shakespearean canon. As chair of Modern French Literature at the Collège de France, director of l’École pratique des hauts études and a member of the Académie des inscriptions et belles-lettres, Abel Lefranc certainly could not be accused of having been an amateur.
Yet the work of Professor Lefranc seems to have faded from the debate. Lefranc died in 1952, and his own alternate candidate for the authorship of the Bard’s work, William Stanley, sixth earl of Derby, has in recent decades been overshadowed by Edward de Vere as the most-favored anti-Stratfordian contender. Lately, however, many of those pursuing Shakespearean authorship studies have focused on acknowledging the problems with the Stratford man’s candidacy, rather than arguing amongst themselves to promote their own favorite candidate over others.
I came across Professor Lefranc’s name several years ago, but I was able to obtain his work in French only, the sole English translation having been out of print for almost thirty years. I was, nonetheless, hooked by Lefranc's eloquence and persuasiveness; and thought it was high time his contributions to authorship studies be revisited. In this spirit, I am at work on a new translation of what I believe to be a seminal work in the field, accompanied with new footnotes that will provide context to this century-old work.
The original publication is in two volumes, each in the range of 400 pages. The translation is not a short and simple undertaking; the Covid-19 lockdown, however, has provided me with extended free time; so I felt there was no time like the present to roll up my sleeves and begin. I do not have a proposed date of completion, though I anticipate it is at least a year away.
Here, below, is an excerpt from a chapter in my current draft.
Frank Lawler
Seattle, WA
July 16, 2020 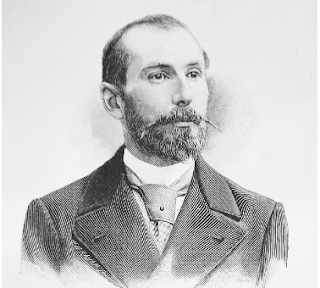 By Linda Theil April 22, 2010
James Wheaton reported yesterday in the Jackson Citizen Patriot that the Michigan Shakespeare Festival high school tour of Romeo and Juliet was criticized for inappropriate content -- " So me take issue with sexual innuendoes in Michigan Shakespeare Festival’s High School Tour performances of ‘Romeo & Juliet’" : Western [High School] parent Rosie Crowley said she was upset when she heard students laughing about sexual content in the play afterwards. Her son didn’t attend the performance Tuesday because of another commitment, she said.  “I think the theater company should have left out any references that were rated R,” Crowley said. “I would say that I’ve read Shakespeare, and what I was told from the students, I’ve never read anything that bad.”  She said she objected to scenes that involved pelvic thrusting and breast touching and to a line in which Mercutio makes suggestive comments to Romeo after looking up the skirt of a female. The problem with cutting out the naug
Post a Comment
Read more